Our Alternative to Solvent-Based Paints

Waterborne paints do not release harmful gases after the basecoat has dried.

Waterborne paint has become the standard, as 70 percent of all OEM vehicles are now painted with this material. It has been the standard in Europe for a long time, so while the latest waterborne paints are new technology, the concept is neither new nor experimental. In many cases, however, solvent-based paints can be altered to achieve compliance through the addition of other chemicals such as KV1, which is added to BASF Glasurit solvent-based paints to lower the dreaded VOC.

Waterborne paint is exactly what the name implies. Solvent-based paints use solvent to suspend the paint pigments and deliver them to the surface to be covered, while waterborne paints use water. While the biggest initial concern with waterborne paint was the availability of colors, the paint makers have released a significant line of colors for the custom builder. Metallic paints and color-matching have improved with the technology. Nearly all waterborne paints use a two-step process-basecoat color covered by a clearcoat. The final surface prep for waterborne paint is similar to older paint: wet-sanding through several different layers of clearcoat with varying grits of paper and then final buffing. Early stages include spraying primer in the standard fashion with solvent-based materials and then a sealer coat that is determined by the choice of base color paint. If there is any question, there are plenty of color guides available depending on the paint you select.

An advantage to waterborne paint is it delivers better coverage in fewer coats. Where it would take three to four coats to cover a panel with solvent-based paint, it will only take one to two coats with waterborne, using less material overall. One thing to note is that only the base color coat of the paint system is waterborne; all other layers, including the clearcoat, are still solvent based and sprayed in the normal way. Once the basecoat has dried, VOC gasses are no longer released by the paint.  Solvents release gas for several months after application, which can affect long-term paint finish. 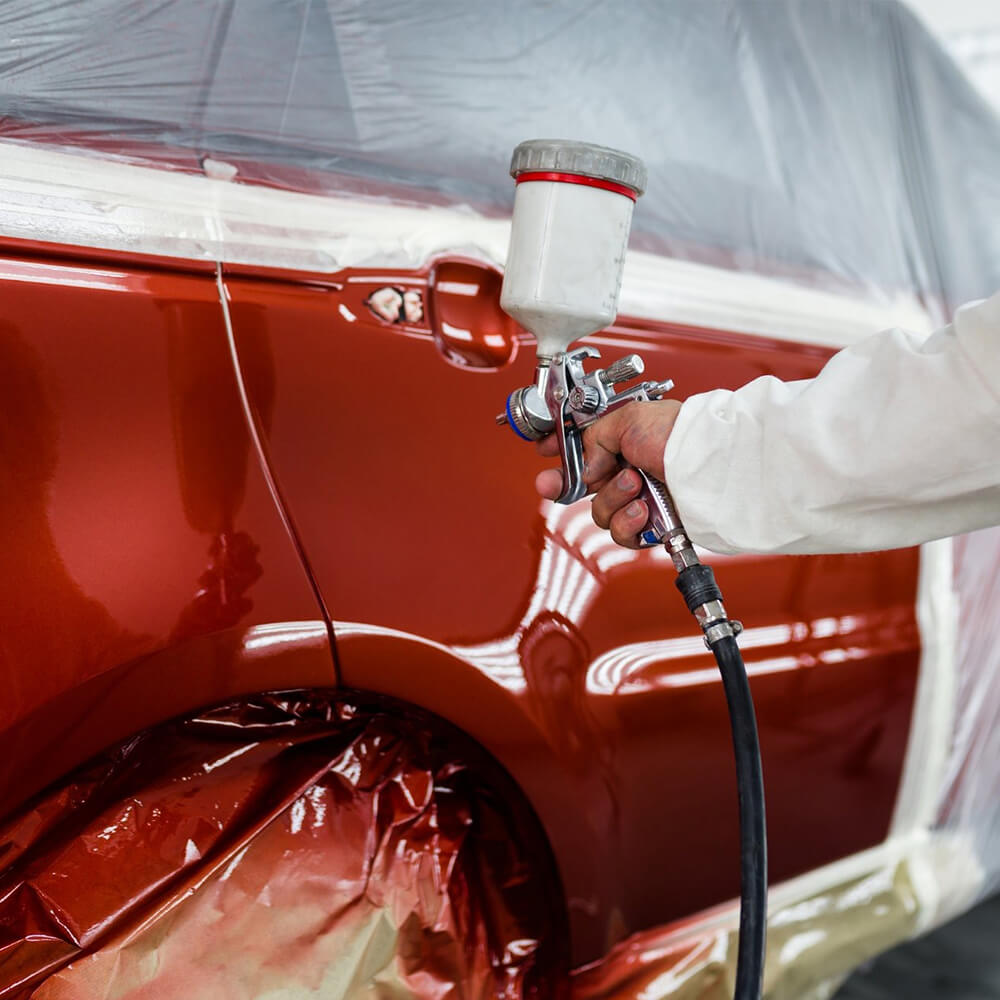