The air conditioning condenser sits right behind the grille of your vehicle and is often mistaken for a radiator. It is black with thin horizontal tubes through which refrigerant circulates. These tubes are surrounded by thin metal fins which act to cool the refrigerant.

When a condenser fails, it is because it can no longer hold refrigerant. This damage can be from a puncture or tear from an impact and is not repairable. This is evident by a small hole or crack with an oily stain. 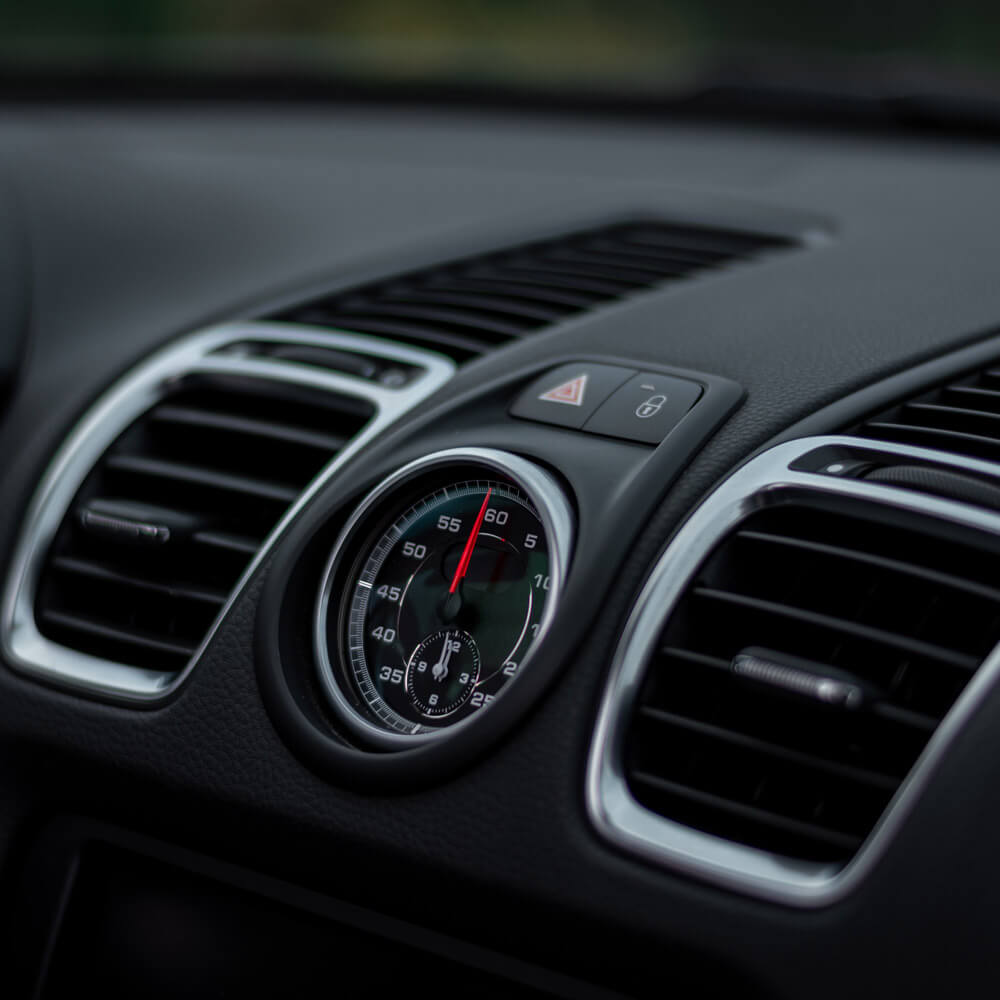 The air conditioning compressor in your vehicle compresses gas refrigerant into a liquid so that it can absorb heat through evaporation when it passes through the evaporator in your dashboard. A fan blows air over the evaporator, cooling it in the process and sends it into the passenger compartment.

When a compressor fails, it stops moving refrigerant through the a/c system. An impact to its body can cause a crack in the housing, internal damage, or bend the pulley which powers the compressor. Electrical wiring and sensors on the exterior of the compressor can also be damaged. Compressors are usually sold as a unit and cannot be repaired individually.

Though most compressors are protected by under body shields, these shields are usually thin pieces of plastic intended to keep the elements out of the engine bay rather than protection from damaging objects.

An oily leak and signs of an impact, a scrape, paint transfer or a crack to the compressor housing can be a sign of damage to the air conditioning compressor.

Air conditioning lines are thin aluminum tubes that carry refrigerant between the compressor, condenser, and evaporator. They wind throughout the engine bay and into the passenger compartment where they connect to the evaporator.

Damage to these tubes is rarer than damage to the condenser or compressor, but it still happens.